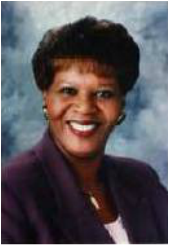 Her primary role at McDonald’s was International Technology Strategist for Asia Pacific and Latin America. Erma was also the International Year 2000 Strategist for all countries except the United States. Her international strategies were adopted by the McDonald's Corporation’s Auditors. While performing the direct duties assigned to her, she also developed and implemented a school-to-work program for an inner-city high school (Wells Academy) that was designed to keep at-risk students in school. The McDonald's National Youth Apprenticeship Program was modeled after this program.

The majority of Ms. Davis’ career has been spent in the information technology field (I/T) working for well-known companies such as Bell Laboratories, the Veterans Administration, CNA Insurance, and McDonald’s Corporation. She has had broad exposure to the major functional areas in the I/T organization and has had direct responsibility for many of them.

Ms. Davis is a native of Chicago who graduated from Marshall High School. She earned her bachelor’s degree in Computer Science from Roosevelt University. She also earned her master’s degree in Management from National College of Education (now known as National-Louis University). Ms. Davis was also a certified Diversity Facilitator for the McDonald’s Corporation and has a certificate from the Center for Creative Leadership.