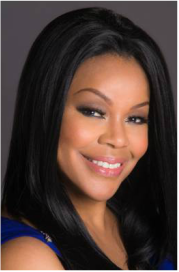 Music has been an integral part of her career as a publicist and public relations executive for more than 15 years, and she has been in entertainment for more than two decades.  With tenures at Capitol Records, Arista, Island, Flavor Unit Entertainment, Mercury/PolyGram, and ASCAP, Gwendolyn has directed press campaigns on behalf of a who's who of pop, urban and Gospel music.

Gwendolyn’s first Public Relations position at a record company came in 1991 when she became Publicity Coordinator at Mercury/PolyGram in New York.  She handled all aspects of tour and local press coverage for a wide variety of artists, including hit-makers such as Vanessa Williams, Tony! Toni! Tone!, Oleta Adams, Brian McKnight, Jon Lucien, Angela Winbush and Third World, among others.

From Mercury, she went to the Flavor Unit Entertainment conglomerate, headed by Sha-Kim Compere and Queen Latifah.  As National Director of Publicity, she formulated campaigns for a full roster of urban music artists and executives, such as Naughty By Nature, Zhané and Queen Latifah.  Gwendolyn would become the exclusive publicity coordinator for all of Latifah's music, television, film and corporate affairs.

In 1995, she was named National Director of Publicity & Media Relations at Capitol Records, working with BeBe & CeCe Winans, The Whispers, Rachelle Ferrell and others. After Capitol, Gwendolyn spent a year as Senior Director of Publicity at Island Records, working with Hiriam Hicks as well as Chris Blackwell and the Isley Brothers—both Rock and Roll Hall of Fame inductees.

In 1997, Gwen moved to Arista Records, where she was Senior Director of Publicity. Learning from music industry giant and Rock and Roll Hall of Fame inductee Clive Davis, she worked on campaigns for many of Arista's superstar artists including Aretha Franklin, Whitney Houston, Monica, Deborah Cox, Prince, Kenny G, Carlos Santana and Lisa Stansfield.  Gwendolyn also created and launched media campaigns for Bad Boy Entertainment/Arista joint venture artists, including P. Diddy, Notorious B.I.G., Faith Evans, and Mase.  In addition, she handled media and press activities for a variety of artists with LaFace/Arista, then headed by Antonio “LA” Reid and Kenneth “Babyface” Edmonds.

Prior to founding GQ Media & Public Relations, Gwendolyn returned to Capitol Records as Vice President of Publicity. She was responsible for developing and implementing overall media strategies for the R&B and Pop artists at Capitol and its family of labels.  The artists she worked with included CeCe Winans, Rachelle Ferrell, Oscar De La Hoya and Dave Koz, as well as soundtrack projects.

Gwendolyn is the recipient of numerous awards and accolades, including being

And, most recently, Gwendolyn was named in Root Magazine's Annual Industry Stellar Gospel Music Awards Edition as one of the Top 20 Power Players of 2013.

Gwendolyn’s success is well chronicled, but what you may not know is that she is a lyricist with a growing catalog of mainstream, urban and Gospel songs.  Her creative writing also extends to a column, Inside Broadway, which she pens for Electronic Urban Report where she reviews Broadway shows and interviews talent. Gwendolyn is also writing and developing a few television projects.

By the grace of God, Gwendolyn has forged her own path and has become a recognized leader in the publicity and public relations field.  She is extremely grateful for what God has done in her life, and although she leaves a lasting public relations legacy, there’s so much more she hopes to accomplish.