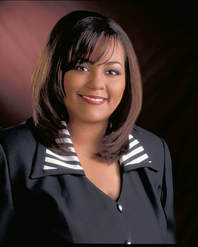 ​With a background of more than 25 years in marketing, Melanie Few-Harrison is a successful business owner that has garnered national recognition as a “deal-maker” securing first-of-their-kind marketing deals with some of America’s most recognizable companies.

One of her most notable accomplishment is serving as the executive producer and founder of the Super Bowl Gospel Celebration, a NFL sanctioned event held during Super Bowl Weekend. Launched in 1999, the event is one of them most attended events during the big weekend. Since its inception, the event has drawn crowds in the thousands and sold out venues in major Super Bowl host cities and is a highly rated annual TV special. She is the only African American and the only woman with a NFL Sanction.

Ms. Few has been honored with numerous awards including:

• A Key to The City of Atlanta
• The City of Atlanta’s Phoenix Award
• Business of the Year” by the Atlanta Business League
• Aggressive Marketing Award” by RJ Reynolds
• Blueprint Award” by Women Looking Ahead Magazine
• "Outstanding Woman of the Year and Outstanding Woman of America” by Who's Who in America
• Her company’s work with TNT’s hit medical show “Hawthorne” won two EMMA (Excellence in Multicultural Marketing Award) awards for Turner Broadcasting Networks.

Her agency most recently handled the national faith based marketing campaigns for AARP, BET, and Sony Films.

As an acclaimed industry leader, her keynotes and speaking engagements include:

She has been named the leading resource in Urban Faith Based marketing by: Advertising Age and Black Enterprise.

A native of Atlanta and graduate of Frederick Douglass High School, Ms. Few received a Bachelor of Arts Degree in Broadcast Journalism & Marketing from Clark-Atlanta University and has participated in the Entrepreneurs Program as well as Market Smart.

Personal
She is the daughter of Atlanta natives and retired educators, Moses C Few and the late Rev. Elizabeth C Few.
Her motto is “Don’t grow old wondering what you could have done. Do it now!”