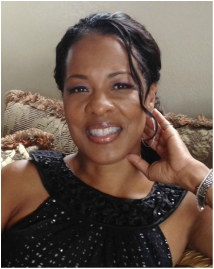 Monica Bacon is the founder and President of the Los Angeles-based Sovereign Agency, a full-service marketing, promotions, record label, management and consulting firm.

For several years, Monica served as Sr. Vice President of Gospo Centric Records, having worked in many roles – from admin, to marketing, to A&R – learning the music business inside and out.  She was instrumental in propelling the careers of an impressive array of artists, including Kirk Franklin, Trinitee 5:7, Dorinda Clark-Cole, J Moss, 21:03, Byron Cage and Kurt Carr.

One of Monica’s many ‘firsts’ in carrying gospel music to the masses was her groundbreaking campaign with Kirk Franklin. She understood the appeal of contemporary Gospel artists and knew how to expand their reach far beyond the traditional audiences associated with the genre. She was responsible for securing his VIBE Magazine cover – the first ever cover story for a gospel artist on a national, mainstream music publication.

She went on to land high-profile appearances for platinum selling acts God’s Property and Kirk Franklin on The Tonight Show with Jay Leno and The David Letterman Show, as well as on music shows such as the Grammy Awards, the NAACP Image Awards, The Soul Train Awards, Billboard Music Awards, BET Awards and multiple Stellar and Dove Award shows. Gospo Centric was acquired by BMG in 2004, which ultimately led to the creation of the Zomba Label Group (a merged label with Verity Records and Gospo Centric Records).

After leaving Gospo Centric, she started the Sovereign Agency in 2009, providing management and consultation to top-tier artists, labels and corporations in the Gospel industry.  In 2011, she forged a label deal with UCMG which released Isaac Carree’s first solo album “Uncommon Me,” which debuted at #1 on Billboard’s Top Gospel Chart and spurred the hit single “In The Middle.”

She also produced The All Star Gospel concert at NBA All Star Weekend, which brings artists such as Kirk Franklin, Fred Hammond, Byron Cage, J Moss, Israel Houghton, Tamela Mann, Micah Stampley and Ruben Studdard together with top NBA players past and present.

Always the pioneer, Monica continues to take her company to new levels.  She has gone on to work with corporate clients including Chrysler’s Financial Initiative Rising Stars Tour and LiveNation’s The King’s Men Tour.  Monica also recently provided national marketing and tour management for the theatrical film “I’m In Love With A Church Girl.”

When she’s not running her business, Monica is a self-proclaimed sports fanatic who could watch NBA games all day, if possible. This love of basketball came in handy when long-time friend, Sean May, asked her to help him with his foundation and basketball camp. Now in its 10th and 9th year, respectively, Monica manages and coordinates The Sean May Foundation and Sean May’s Basketball Camp for kids in Charlotte, NC. The week-long basketball camp is held at a private school, but Monica makes sure 20 or more kids from underprivileged families are awarded full scholarships to attend each year. In addition to transportation to and from the camp, Monica gives each child a backpack, school supplies and sometimes even basketball shoes. She knows that exposing these kids to just a glimpse of a different environment opens their minds to a world of new possibilities.

Monica’s desire to help kids extends beyond the court and into the surrounding community. While organizing a Sean May Foundation event, Monica learned of a school in Charlotte that has more than 80 homeless students. They live in shelters, group homes and motel rooms. After speaking with principal, Monica and Sean took it upon themselves to buy clothing, school supplies, personal hygiene items, warm blankets, movie tickets and bus passes for the kids the school sent to the event. Monica says, “Hearing stories about kids in need and being able to do whatever I can is what it’s all about.”

Over and above anything else, she wants people to know that she loves the Lord, she’s saved, and God directs everything she does. Her advice to others? “Be true to yourself. Know yourself. Don’t waste time doing things you’re not passionate about. Figure out your purpose and make a plan. Then go work it!”