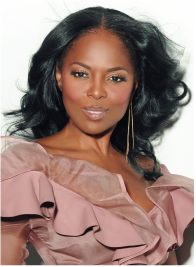 Catherine Brewton is one of music’s leading executives. With an ear for current trends and an appreciation of legacy artists, she is a trusted advocate for music’s thriving creative community.

As BMI Vice President of Writer and Publisher Relations in Atlanta, Catherine directs all of BMI’s Atlanta office outreach to songwriters and music publishers. She works closely with staff members in New York, Los Angeles, Nashville and London to bring top creative talent to BMI.

Catherine is an executive who is not content with simply handling business.  She goes beyond to develop personal relationships with the artists she supports.

Catherine and her staff create and participate in educational, networking and showcase events specifically designed to inform and elevate up-and-coming and established songwriters alike.

She leads many of BMI’s marquee annual events, including the BMI Urban Music Awards, the Trailblazers of Gospel Music Awards, installments of BMI’s popular “How I Wrote That Song” panel series focused on Grammy-nominated songwriters and producers, and BMI’s annual Unsigned Urban Showcase.

Most recently, Ebony magazine named Catherine one of its “Power 100” for 2012, calling her a primary influencer and game changer who has made vital accomplishments during the past year.