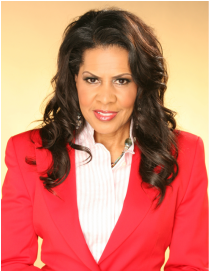 You may know Dr. Teresa Hairston as the founder of Gospel Today, or as the host of the Gospel Today TV Show, or as the Founder of the Gospel Heritage Foundation. What you may not know is that she planned to be a school teacher. But in 1989, as a divorced mother of three small children, she scraped together $300 to invest in publishing a magazine. That’s it. She had $300, three small children, no husband and no publishing experience. But she did have a dream.

In November 1989, Dr. Hairston started a four-page newsletter called the Gospel SCORE. The first issue, which focused on Gospel Music, looked more like a church bulletin than a newsletter. There were some in the industry that counted her out, but Dr. Hairston did not despise her humble beginnings.  She struggled to pay her bills, even though she was working two jobs. Instead of quitting, she decided to leap forward—turning the newsletter into a glossy magazine.

She says, "God made a way out of no way. People began to call me to buy advertising. In one month, I was able to raise the capital to pay my bills and move forward." Dr. Hairston’s motto says it all: "When God gives you a vision, He’ll make the provision!"

In 1996, Dr. Hairston founded The Gospel Heritage Foundation, a non-profit organization that teaches aspiring Gospel artisans about the Gospel industry and encourages them toward success. The organization’s annual "Praise & Worship Conference" has quickly gained momentum as the top national Conference of its type.

In September of 2002, Gospel Today co-ventured with Verity Records to produce a nationally-distributed CD, “Praise & Worship ’02” featuring the Gospel Heritage Mass Choir. The next CD, "Praise & Worship…Volume 2”, was released in February 2004 and featured leading artists such as Vickie Winans, Donnie McClurkin and Marvin Sapp.

She has learned that in business or in ministry, you have to meet needs. It can’t be about what you want, it has to be about what people need. Any time you meet people’s needs based on what God chose you to do, it will always be successful.

Her advice to others is to Stop Waiting and Start Winning – which is the title of her most recent book. Dr. Hairston explains that all the excuses we tell ourselves that prevent us from pursuing our dreams is just the enemy’s way of setting up roadblocks to our success.

Now fully focused on the Gospel Heritage Foundation, her ministry work and her five grandchildren, Dr. Hairston feels we all need to be more intentional about writing, sharing, preserving and passing on our legacy. “The Bible says that a good person leaves an inheritance for their children’s children. An inheritance is not just money, it’s everything we are.”

She says, "My goal in life is to use everything that I’ve been through, everything that I am and everything that I endeavor to do to glorify God and build His Kingdom. I want to help people understand that they can achieve their God-inspired visions. They just need a little faith, and God will make the way."