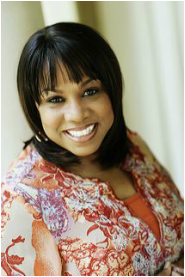 Demetrus Alexander-Stewart hails from Nashville, Tennessee, and has worked in the Gospel music industry for more than 20 years.

She started singing in church at the age of 12 and spent a major part of her life as a professional singer, performing with such artists as Darryl Coley, the late O’Landa Draper, The Winans and many others.

In 1990, Demetrus began her career on the business side of the industry as a receptionist for Warner Alliance Records. She rose to Gospel Promotions Director, and went on to start the now named Verity Records in New York.

She was summoned back to Nashville to become Vice President and General Manager for Warner Alliance, and was then named Vice President of Gospel at Atlantic Records.  Currently, Demetrus serves as a consultant to Puresprings Gospel.

She has helped make the careers of artists such as Beverly Crawford, the late O’Landa Draper, Bishop Carlton Pearson, Donnie McClurkin, Take 6, Jonathan Slocumb, Kirk Whalum, CeCe Winans, Vicki Yohe and others. She is a past member of the Board of Governors for the Nashville Chapter of the Recording Academy and a past member of the organization’s National Board of Trustees.

The two also established the “Always Sisters Forever Brothers” Conference, where more than 5000 young women and young men from across the nation gather every year.

While her day-to-day work has shifted to the executive level, Demetrus still mentors others about the Gospel music industry from both a spiritual and business view point. She counsels that success depends on where your heart is and what God has called you to do. If God doesn't have his hands on what you’re doing, you won’t last.

She counsels that no matter how high you rise, be humble. What we have is due to God’s mercy and grace, not because we’re so great. We’re not supposed to be in this just for entertainment. It’s about the message and the ministry.