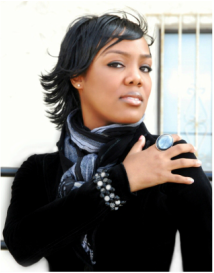 Named one of the “70 Most Influential Black Christian History Makers” by Black Christian News Network, Dianna Hobbs is one of the nation’s foremost authorities in urban faith-based media.  As President and CEO of EEW Magazine, she built what began as an inspirational newsletter into today’s most read national online magazine for Christian women of color.

Dianna discovered her knack for writing while growing up in her father’s storefront church, writing his letters and creating church bulletins. But it would be years before that seed really began to blossom.

God used her husband to push her into entrepreneurship in the year 2000. It was a path she would not have pursued on her own. Dianna, a wife of 15 years and a homeschooling mother of 4, was told by someone she trusted that she would never – ever – make it in the gospel music industry in any regard.  They laughed and said that she was unknown, unconnected, and would stay that way forever.

But Dianna had a word from the Lord, and He has the final say. She never gave up, and gospel artists, entrepreneurs, Christian authors and ministry leaders are all the more blessed because of it. They are given unparalleled exposure in the industry Through Dianna’s extensive partnership network with the world’s largest gospel music, publishing and media brands.

Dianna is also producer and host of “CROSS CULTURE IN HD,” a top-rated urban Christian music and talk show that airs on Western NY’s oldest and most prestigious radio station, WUFO 1080.

Through Hobbs Ministries, her global consulting and branding agency, Dianna and her team provide advertising, PR, design, ghostwriting and strategic planning services to some of the nation’s most powerful Christian brands.

Dianna is also an award-nominated indie recording artist, blogger, author and speaker who travels throughout the country empowering other leaders to tap into their divine purpose.

She has learned that the hidden treasures within us are discovered and broadened as we move forward in faith. If we place our hand in God’s, and remain open and willing to be used the way GOD sees fit to use us, He’ll take us far beyond any place we ever imagined.

Dianna encourages us all to take some action, because faith without works is dead. But faith plus works equals power, progress and productivity.