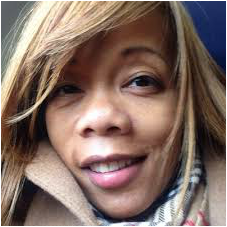 Jojo Pada is the Founder and President of IGNITION PR, a premiere Gospel and faith-based PR and Marketing company. Born in the Philippines and raised in New York, Jojo always knew she wanted to be in the music and entertainment business.

She began her career at the prestigious Terrie Williams Agency, where she started out as an intern for Ms. Williams.     Jojo eventually moved into an Account Executive position where she managed the press campaigns for the NBA Players Association, American Legacy Magazine, Emmis Broadcasting, Discovery Network,  Essence Magazine and the Essence Music Festival.

Jojo calls it a “happy accident“ that she landed in the Gospel music industry. She was working for the Motown Cafe restaurant chain where she was responsible for all celebrity-related events at the chain's flagship location in New York City and contributed heavily to the star-filled gala openings in Las Vegas and Orlando.

Jojo was honored by the National Association of Black Female Executives in Music & Entertainment in 2007, receiving the “Record Label Executive of the Year“ Award for her contributions at both Light Records and Verity Records. Jojo was also named by Root Magazine in 2012 and 2013 as one of the Top 20 Power Players in Gospel.